In a previous post we listed the top 10 conferences in the HR (and related) space that generated the most Twitter engagement. This post provides a ranking of the Most Mentioned Twitter IDs across all the 1,000+ HR events that HRmarketer Insight software streams. 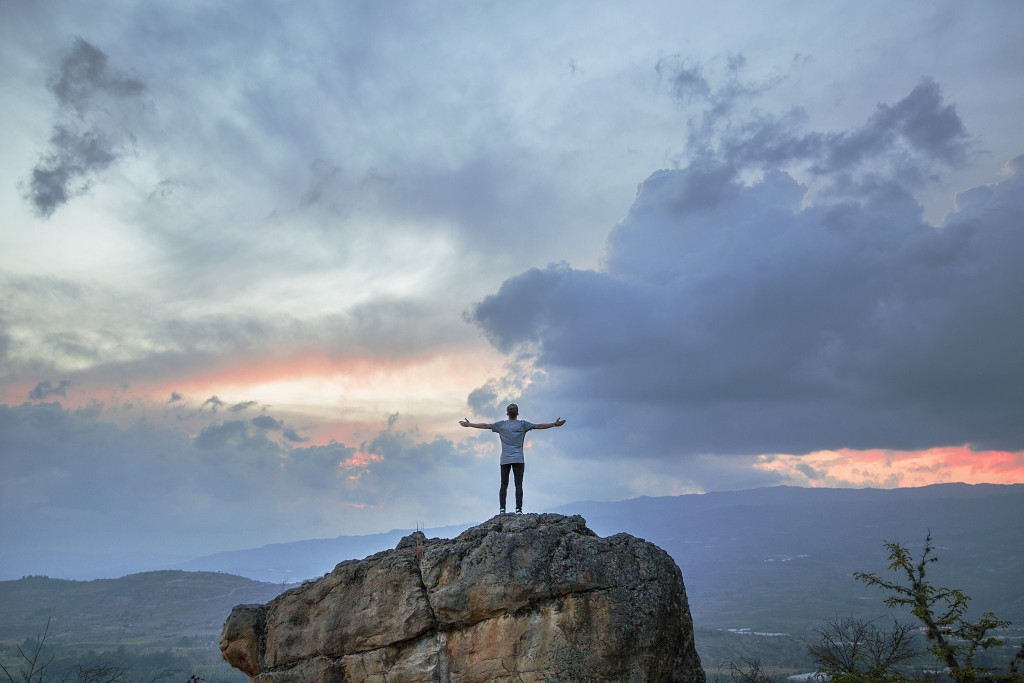 We created this list because we believe a list of Twitter IDs that are getting the most exposure across many HR industry events would trump all other “influencer” lists.

Are they influencers? That’s up to you to decide. There are no absolutes in influencer marketing. It’s part science, part art with a lot of subjectivity. One thing for certain: these brands are highly visible and getting a lot of engagement at a lot of different events which is a reflection of just how widespread their social marketing and reach is.  That said, this list is NOT intended to be an influencer list! We truly dislike influencer lists because more often than not the lists are junk.  This is a list of the Most Mentioned Twitter IDs.  Our methodology was simple:

1. Our data set was all the Tweets that included a hashtag from any of the 1,000+ HR and related conference hashtags streamed by HRmarketer Insight software over a 12-month period. About 1.7 million tweets.

2. We ranked the Twitter IDs by how often they were mentioned across all the event hashtags. Mentions are typically earned and a lot harder to game so we chose mentions over tweet volume.

3. Twitter IDs had to be mentioned at at least 5 different events. It wasn’t enough to be mentioned at one event. Tony Rocha (@RealTonyRocha) who is followed by millions of people was mentioned thousands of times at one event. Tony isn’t eligible for the list (sorry Tony).  Rob Lowe (@roblowe) who is followed by 1.23 million people was mentioned  717 times at the Globoforce #WorkHuman conference and twice at #SHRM15 but none others.  Rob isn’t eligible for the list (sorry Rob).

Including only those Twitter IDs that were mentioned frequently across many HR events increased the likelihood that the person or brand had some relevance to the HR industry.

One final note: Please, no complaints about not being on a list or your ranking.  It is what it is. The data is not subjective. It’s fact. 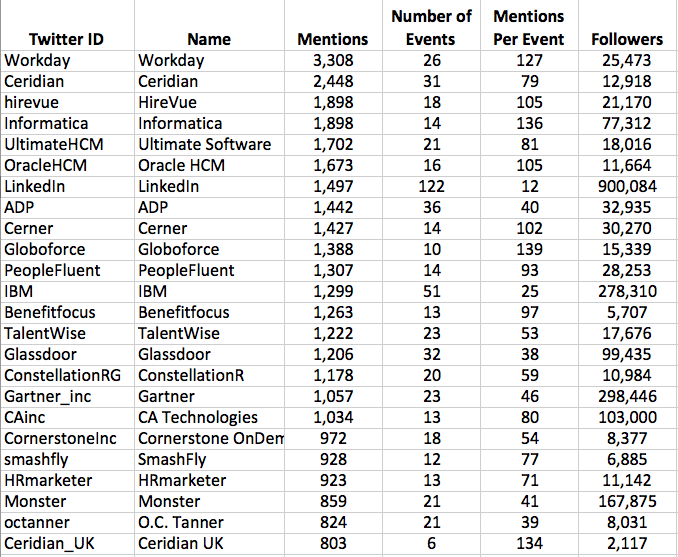 * Why celebrities?  Many industry conferences hire known personalities from outside the HR industry (celebrities) as speakers. 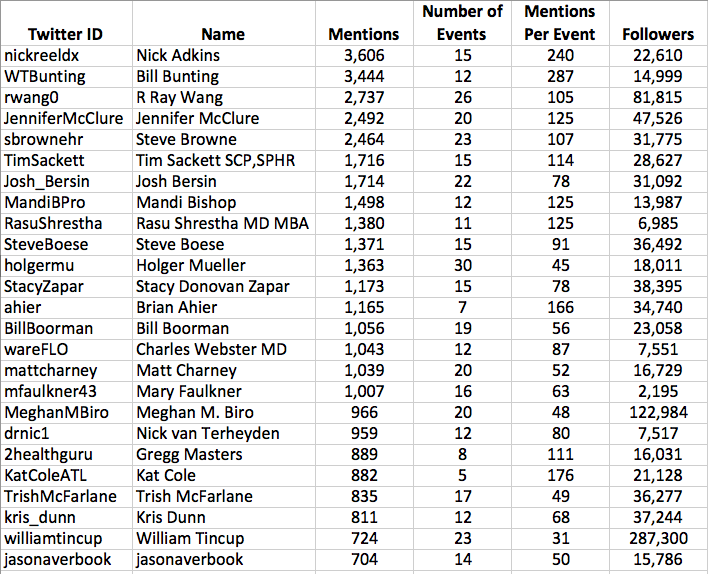 Most Followers (Bonus list: people with most followers that were mentioned at a minimum of one event)
@BarackObama @taylorswift13 @TheEllenShow @ddlovato @Pink @BillGates @jessicaalba @richardbranson @billclinton @LennyKravitz

Do Your Social Marketing Better With Get it Done! from HRmarketer

Spend 30 minutes per day on the Get it Done! Socialsm marketing workflow platform and get hours returned to your day – and watch your brand visibility and engagement skyrocket. We make social fun.
Learn more, watch a video and get a demo.