#SHRM16 Was A Great HR Conference. A Social Overview.

This year’s SHRM Annual Conference & Exposition was in Washington D.C. One has to go down the escalators of the Walter E Washington Convention centre to understand the vastness of SHRM 2016. The colors, the shapes and sizes of the exhibits were enough to make one’s mind swim. Thank goodness for the SHRM’s user friendly mobile App for the event. 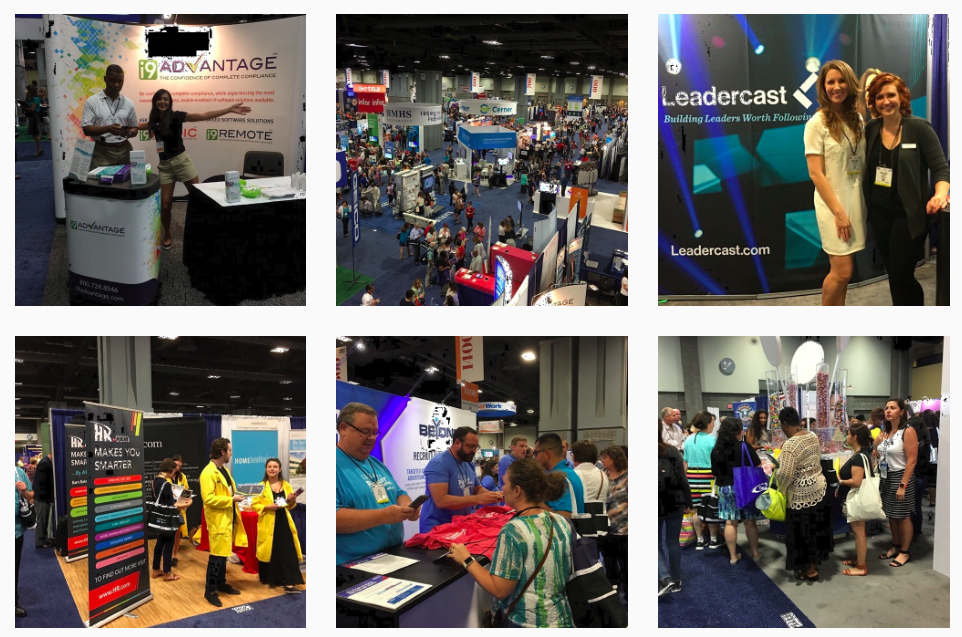 For this years event, HRmarketer’s “social’ Rhonda Taylor captured the excitement, energy and enthusiasm on the show floor with her exhibitor photos that she tweeted and shared on Instagram.  Everyone seemed to really enjoy Rhonda’s photos and  social updates based on the engagement the shares received.  Speaking of Instagram, there were over 3,000 photos posted to Instagram tagged with #SHRM16.  Not bad.

dcshrm took lots of great photos including this view of the sea of people waiting for the shrm16 drawing.

Being on the show floor for three days gave Rhonda the opportunity to speak with hundreds of exhibitors and the general consensus was that #SHRM16 was outstanding and well worth it!  And why wouldn’t it be?  The multi-billion HR marketplace is booming and SHRM annual is the industry’s largest gathering of practitioners, influencers and vendors. So make plans now for the 2017 SHRM conference in New Orleans from June 18 – 21.

There were of course the usual island exhibits featuring big displays and the best give aways. But as Rhonda noticed, these weren’t the only exhibits catching the audiences attention. One example was TextRecruit who, with a standard 10′ by 10’ and two advertising sails, enjoyed a continuous audience with the message they were sharing about their product. Goes to show that big dollars do not have to be spent to get an ROI. Just being at SHRM and making the face-to-face connections is the one of the best investments a vendor can make, whether you are are a start up or an ADP.  We also love the exhibitors that have their CEO standing at the booth sharing their passion –  who understands the product better than the CEO!

Using HRmarketer Insight software, we analyzed the Twitter conversation for #SHRM16 (as we’ve done for thousands of HR, talent management, recruiting and employee benefits events over the last several years). There were a lot of tweets for #SHRM16:

Who tweeted the most?

Who was mentioned the most (#influencers) 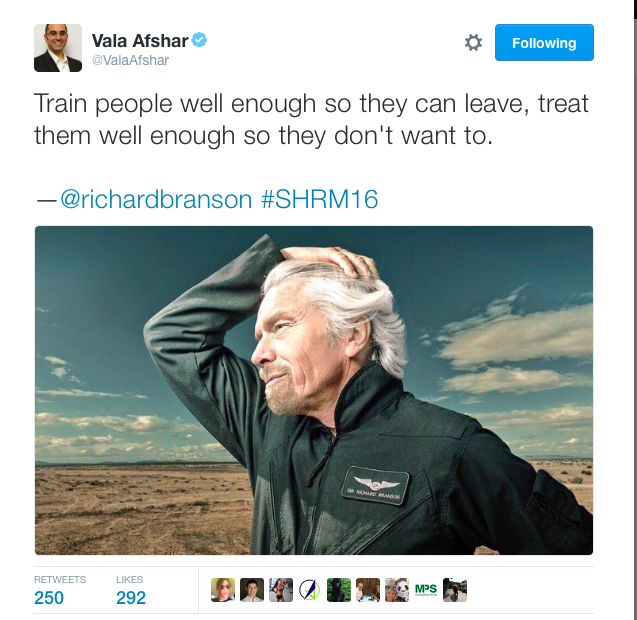 Well said Richard Branson. Kinda sums up what HR is all about.

See you at the 2017 SHRM conference in New Orleans next June.

with HRmarketer Insight, the #1 HR Social Marketing Platform.
Check it out. .