How often should you (social marketers) retweet? It’s a question many solution providers have, and now, thanks to a rule change by the NCAA, it’s a question college coaches are confronting as well.

According to The Associated Press, “Athletic department staff members are allowed to retweet or show their approval of social media posts made by recruits. The policy change has been nicknamed ‘Click, Don’t Type’ because coaches still aren’t allowed to add any sort of comment to a recruit’s post.” 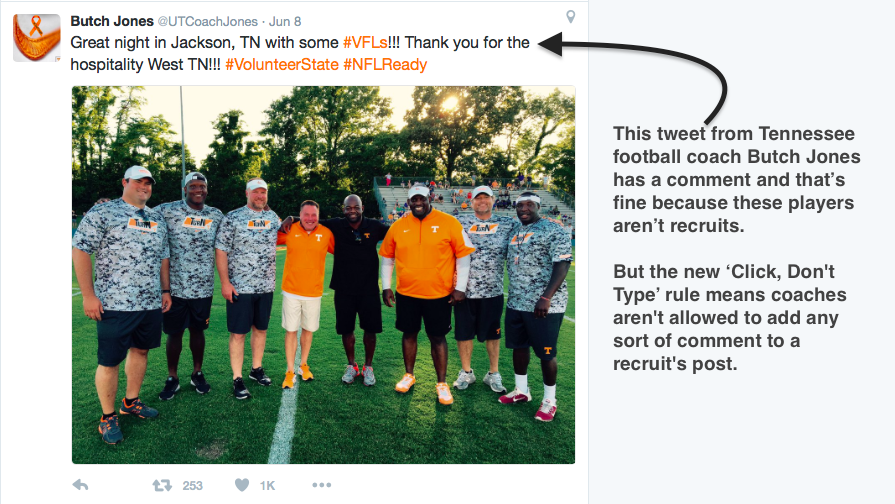 It might not seem like much, but the change is a big deal. Social media has increasingly become an important aspect of recruiting, particularly in college football. Some coaches—Jim Harbaugh of Michigan is probably the most notable example—have been highly active on Twitter, largely for the sake of branding. Now, albeit on a limited basis, they can interact with recruits. 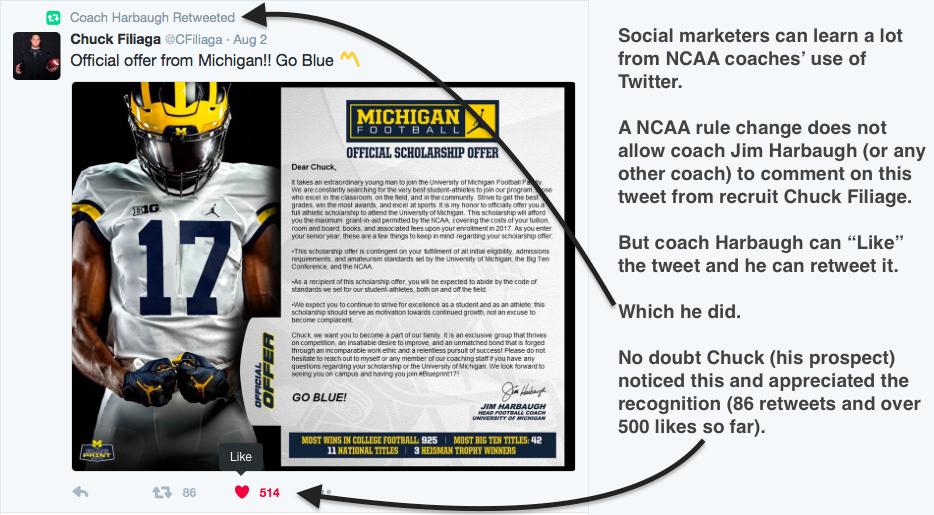 Many coaches’ answer to “how often should you retweet” is “extensively.” Tennessee football coach Butch Jones is one of them. He smiled and shook his hand to symbolize how much retweeting he had been doing, The AP reported. Why so much? Here are two major benefits coaches, and their assistant coaches, are getting from retweeting recruits:

And, of course, you have a big advantage over college coaches: there are no NCAA policies restricting how HR marketers reach your targets on Twitter.

Follow. Share. Reshare. Engage. Thank. Build Your Brand! Do it all (better) in just 30 minutes per day on HRmarketer Insight.
Learn More.

Eric Anderson is a contributing writer and marketing strategist for advos.