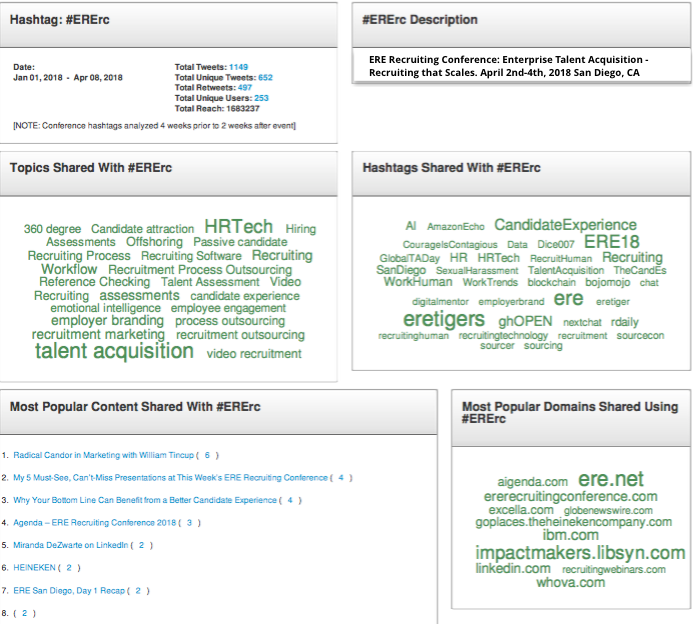 I just returned from the ERE Recruiting Conference in San Diego, held at the absolutely beautiful San Diego Marriott Marquis & Marina – one of my favorite conference venues. What’s not to like? Nice guest/conference rooms and on-site amenities, ocean views, walking distance to downtown San Diego and Petco Park (home of the San Diego Padres), and some of the best weather in the world.

Making the experience even better is the event is just as fantastic. If you are in the business of recruiting, this is a must-attend conference. Period. Big enough to get exceptional name brand speakers, and small enough to actually meet and speak with them. Big enough to have an exhibit hall of world-class global recruiting technology vendors, and small enough to actually meet all of them. Combine all that with a perfect blend of educational sessions, networking opportunities and awesome food, and it made for a classy event all around.

What I really want to tell you about is four sessions/speakers that I really enjoyed. I wrote down some of the wisdom each shared. (This blog isn’t intended to be a conference recap. Those are here: Day 1 | Day 2) Enjoy. 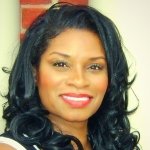 Roselyn Connor is on the faculty of Northwestern University’s Center for Public Safety as one of its major executive management trainers of police and fire personnel. She is president of Brandon & Connor Associates in Chicago. She has been a successful business consultant and speaker since 1991.

Roselyn’s Topic: “Help Your Business and Your Own Leadership Position in an Uncertain Environment.”

“We are flooded with mediocrity, so take the best of what you are and put it out there for the world.”

“Variety is needed. Challenge yourself to be around people that are different than you.”

“You have not, because you’ve asked not.”

“Like-minded people does little to help the bottom line.”

“Choose people whose strengths are your weaknesses.”

“Throw away your ‘to do’ list and start a ‘maybe’ list – a list of things that if you do them will help you get to something bigger and better. That’s when innovation happens.”

“Find the very best of yourself – even if you think you’ve found it, you haven’t. It’s always a work in progress.”

“No one has reached the best of themselves.”

“You cannot give away what you don’t possess.” 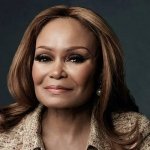 Janice Bryant Howroyd is the founder and Chief Executive Officer of The Act 1 Group, a global enterprise that delivers customized, cutting-edge solutions to the human resources industry. The Act 1 Group is a multi-billion dollar award-winning, international talent and talent technology enterprise. Oh, and she is the first African American woman to run a $1-billion business.

“The applicant is the center of the universe.” 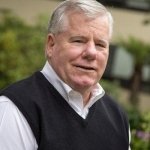 Dr John Sullivan is an internationally known HR thought-leader from the Silicon Valley who specializes in providing bold and high business impact. He’s a prolific author with over 900 articles and 10 books covering all areas of Talent Management. And he has also written one article a week for @ERE_net for 20 years!

John’s Topic: “Machine Learning/AI Roles Will Dominate Your Firm – How Recruiting Must Prepare.”

“AI requires that you teach your algorithms how to think and act.” 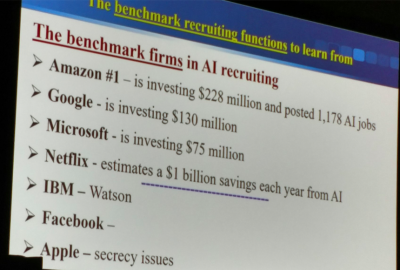 “Always convert what you do to revenue dollars.”

“Cost per hire is silly when recruiting superstars.” 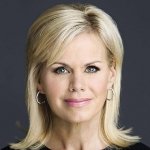 Gretchen Carlson is one of the nation’s most successful and recognized news anchors, a best-selling author, and a tireless advocate for women in the workplace. Named one of TIME’s “100 Most Influential People in the World” for 2017, Carlson most recently hosted “The Real Story” on Fox News for three years. Prior to that, co-hosted the #1 rated cable morning news show “Fox and Friends” for more than seven years.

“Focus on stopping sexual harassment as opposed to limiting liability.”

(Take a moment to think about the above quote.  It’s quite brilliant.)

“Our economy would grind to a halt without women.”

“The majority of women who report sexual harassment at work never work in their field again.”

Gretchen’s talk was based on her latest book, Be Fierce: Stop Harassment and Take Your Power Back. 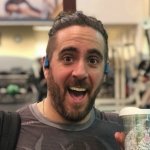 Mike Cohen – who goes by “Batman” (a story he’s more than willing to share) – has been a recruiter for over 10 years, a trainer for over nine years, and a manager/director of recruiting for over seven years. He is a huge proponent of making personal connections, networking, and transparency in his business.

“People can tell when someone is being genuine.”

“Vulnerability is the basis of trust.” – Mike “Batman” Cohen,

To make his point about vulnerability, Mike tells a great story about when his sister was looking for a new job. She wanted to work for Bed Bath & Beyond and asked Mike for assistance with a cover letter. She read to Mike what she had written, something along the lines of “Dear hiring manager, I found your job on LinkedIn. I am very interested in the job. I think I’ll be a great fit, etc.”

Mike responds, “That’s terrible!” and his sister asks why. Mike asks, “Why do you want to work for Bed Bath & Beyond?” His sister responds, “Because I love to shop there. I love their return policy, I have three kids, etc.” Mike says, “So write that!” His sister says, “I can’t write that. Its not professional.”

In other words, Mike presented, it was difficult for her. There was a feeling of risk for her. She thought the hiring manager would think she was not professional.

She ended putting herself out there and writing the cover letter like Mike suggested. She now works at Bed Bath & Beyond.

Lastly, here is the conference hashtag analysis, courtesy of our own HRmarketer BI software. Enjoy. 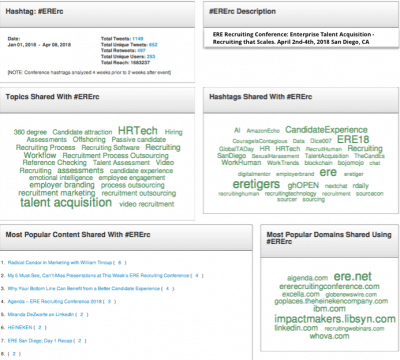 Posted in Conferences and Expos